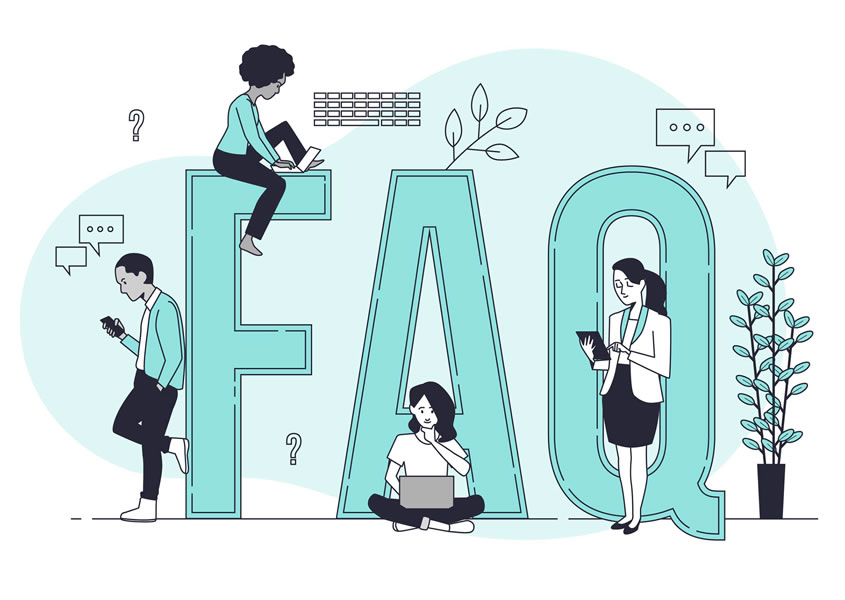 What is Acupuncture and Oriental Medicine?

Acupuncture and Oriental Medicine encompasses a complete system of medicine that encourages the body to promote natural healing and improve functioning. It includes Acupuncture (the insertion of very fine needles into specific points on the surface of the skin), Chinese Herbs and Medicinal substances, Moxibustion (the warming of Acupuncture points by burning mugwort and other dried, aged herbs on or over acupoints), the other primary modality derived from Japanese and means (“burning herb”), Cupping (the placement of cups using a vacuum to increase warmth and promote circulation), Gua Sha (vigorous scraping on the skin surface to facilitate the circulation of Qi and blood, Meditation, Breathing and Movement Exercises (QiGong, TaiQi,), Therapeutic Bodywork/Massage (Anmo (Acupressure) and Tuina), and Nutritional and Dietary Therapy. All are designed to facilitate our body’s  innate ability to function more efficiently to promote healing, longevity and remove obstructions that result in imbalances and pain.

What is Complementary and Alternative Medicine?

In recent years there has been an ever-increasing number of people in our culture who are seeking treatment for their ills from Complementary and Alternative Medicine (CAM) healthcare professionals. If not covered by their health insurance policies, there is a greater willingness to pay out of pocket for these services.
CAM generally refers to practices that aren’t integral parts of conventional medicine. Though the two terms, Complementary Medicine and Alternative Medicine are often used together, they aren’t necessarily the same thing. Complementary treatments are used together or along with treatments prescribed by M.D.’s, such as using Yoga, TaiQi or QiGong, in addition to prescription drugs for anxiety. Alternative treatments are generally thought of as being used instead of conventional methods, an example would be seeking treatments from a Homeopath Naturopath or an Acupuncturist.

One basic CAM philosophy is, “your body heals itself”. CAM practitioners view the role they play as that of a facilitator. To them the body does the healing work and treatments are done to encourage your natural healing processes. Another basic tenet is, “prevention is the key”. Emphasis is on preventive healthcare instead of disease care. Many CAM practitioners may encourage you to seek treatments prior to getting sick and to identify habits and lifestyle changes that are designed to help you keep healthy. Treatments are for health and longevity. A third philosophical tenet is “empowerment through information and education”. Many CAM practitioners view themselves as teachers, mentors or coaches who offer guidance to identify your role and personal responsibilities in maintaining health and wellness – its proactive medicine.

How Does Acupuncture Work?

What makes acupuncture work is the patients own energy. Acupuncture needles somehow communicate with the mind/body system which has access to unconscious wisdom and knowledge. This connection creates a “safe zone” where the patient can learn and heal. No one knows exactly how it works, but the body can heal itself when the needles communicate with it. What happens inside the patient while they are sitting in silence with the needles is what does the real work. Acupuncture depends on the body’s ability to heal itself, it doesn’t make a problem worse. It is very safe, gentle and gradual, and it usually helps a lot. But in the unlikely event that it doesn’t help, it doesn’t hurt either. There is a Universal Effect that transcends time, language, culture, etc.

According to Lisa Rohleder, L.Ac., the founder of the People’s Organization of Community  Acupuncture (POCA) which has about 200 clinics in North America, “Providing acupuncture is like cooking and receiving acupuncture is like eating. The ingredients are all contained within the body itself. The acupuncture treatment is a way of arranging them so that the body can use them better. Once the Acupuncturist arranges the needles in the right combination, the patients’ job is to sit quietly long enough to digest the treatment…Acupuncture really does work beautifully when people can get enough of it”.

Unlike conventional medicine, which relies heavily on diagnoses via expensive and invasive testing in addition to prescription medications, acupuncture can be a very simple solution to many everyday, run of the mill problems. Many times complaints of poor digestion, back discomfort and many gynecological problems can be resolved with a series of simple treatments. Relief comes without side-effects and without drugs. Remember, acupuncture is unique from other kinds of healthcare; its tools and essence are so simple because it relies so much on the internal resources of the person receiving it.

What are the Benefits of Acupuncture?

Acupuncture is effective for treating an enormously wide-range of conditions without causing major side-effects. Its effects are more like a shotgun than a laser; you can aim it, but its effects go everywhere. The way that acupuncture is beneficial to almost everyone is associated with general health enhancement: more energy, less stress, better sleep, heightened mental clarity, improved moods, better digestion and a greater sense of inner calm and relaxation.

Acupuncture is particularly helpful for people with chronic diseases, meaning conditions that can be managed but not cured. Often these people need to take medications with multiple side-effects. It can greatly improve their quality of life without creating anymore side-effects.

Just as acupuncture is good for assuaging chronic diseases, it is also very effective for treating everyday, common problems/complaints such as headaches, back pain, joint discomfort, colds/flu, and undue muscular tension and stress.

Acupuncture is not like other forms of medicine. It initiates processes inside the body that we cannot fully comprehend. Acupuncture can be used in conjunction with almost any other therapy as it doesn’t interact with other interventions. It is likely that it will help almost any problem to some degree, even if it can’t cure it entirely.

How Long do Treatments Last？

Needles are usually retained 30- 45 minutes. The time depends on the patients condition and the practitioner’s treatment plan.

How Deep are the Needles Inserted?

The depth of insertions are determined by many factors, acupoint location, the condition being treated and the patients size, age and constitution.

Needlephobia, the fear of needles aka belanophobia, is a big concern for some people. It includes the extreme fear of medical procedures involving injections or hypodermic needles. This is quite common, especially between close relatives. It is estimated that 10{7eb8efb7a1f9ac392342a5adf93acc57af7f98e02bb27fb270ee2c31e68eab03} of American adults have a fear of needles, the median age is 5.5 years old. It is likely a larger number but severe cases are never documented due to the tendency of sufferers avoiding medical treatment – a serious condition.

In ancient times, thousands of years ago, a puncture wound often led to infection and subsequent death. Evolutionary psychologists speculate that the innate instinct for survival is the cause of needlephobia, as the needle delivers what might be thought of as a puncture wound.

The anxiety related to a needle/blood test triggers the Vasovagal Reaction Response. The blood pressure and heart rate increases, as does the anxiety level. Prior to or during an injection/blood draw, the blood pressure drops quickly, as does the heart rate, resulting in loss of consciousness or possibly convulsions. The main source of pain from injections is due to the large diameter of the hollow needle used and the pressure of medications being forced into fat and/or muscle tissue. Acupuncture needles are very fine, approximately 10 could fit inside a hypodermic needle. Acupuncture needle insertions bear no resemblance to the feelings associated with injections. The key to minimal discomfort is a skilled practitioner with good technique. Occasionally, one may feel a pinch, brief stinging or heavy sensation. Other normal responses are warmth, tingling, itching or a mild electrical sensation.

Acupuncture in America
Acupuncture became better known in America in 1971 when a New York Times reporter, James Reston, a member of the press corp that accompanied Richard Nixon to China to meet with Mao Tse Tung. He wrote about how Chinese doctors used acupuncture for pain management following his emergency appendectomy while there. This incited a lot of interest in the technique in many medical circles. In ancient times, thousands of years ago, a puncture wound often led to infection and subsequent death. Evolutionary psychologists speculate that the innate instinct for survival is the cause of needlephobia, as the needle delivers what might be thought of as a puncture wound. The anxiety related to a needle/blood test triggers the Vasovagal Reaction Response. The blood pressure and heart rate increases, as does the anxiety level. Prior to or during an injection/blood draw, the blood pressure drops quickly, as does the heart rate, resulting in loss of consciousness or possibly convulsions. The main source of pain from injections is due to the large diameter of the hollow needle used and the pressure of medications being forced into fat and/or muscle tissue. Acupuncture needles are very fine, approximately 10 could fit inside a hypodermic needle. Acupuncture needle insertions bear no resemblance to the feelings associated with injections. The key to minimal discomfort is a skilled practitioner with good technique. Occasionally, one may feel a pinch, brief stinging or heavy sensation. Other normal responses are warmth, tingling, itching or a mild electrical sensation.
History of Acupuncture

Acupuncture is a millennia old practice of inserting very fine, solid, metallic needles, akin to the whiskers of a cat, into specific points on the body for the purpose of cultivating health or eliminating symptoms. Chinese doctors identified and mapped the locations of more than 800 specific acupoints, of which approximately 100 are used. They are similar to electrical circuit breakers or switchers capable of regulating or balancing circulation and energy flow throughout the body. Recent electromagnetic research has confirmed the locations Chinese scholars mapped over a period of thousands of years. It is one of the oldest, simplest, and safest forms of healthcare in the world.

Chinese Acupuncture is often considered to be the foundation of acupuncture as it represents the gradual accumulation of observation, recording and testing over 20 centuries. It is one of the oldest most remarkable evolving historical traditions in the world of medicine still practiced and taught today.

The roots date back long before the age of recorded history. Most historians believe the origins of Acupuncture are an unsolvable mystery, not unlike how the pyramids were built or why Stonehenge was constructed. Acupuncture was born during a very mysterious age when several ancient, high civilizations made incredible advances that baffle us to this day, despite our technological advances.

Some believe that our ancient predecessors were much more in tune with nature and that they had more of a balance between their physical and spiritual worlds. However, over a period of years of evolution, we humans overemphasized the physical world and offset the balance, thus losing touch with our spiritual nature.

The history and philosophy of this ancient art and science has created a solid foundation of clinical experience and empirical knowledge that validates both its safety and efficacy and is responsible for a discipline that is as highly developed as the conventional biomedical model of the western world. It has been proven that this ancient technique helps resolve many ailments common in modern society. However, here in America, this deeply insightful, complex system of medicine is relatively little known by laypersons and the mainstream population. Unfortunately, the lack of accurate, objective information is responsible for the ignorance and under-utilization of Acupuncture by the general public, which deprives many of us of the potential health benefits.